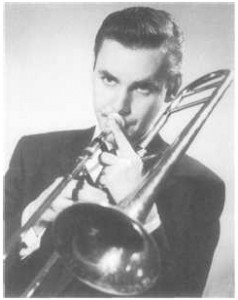 Born in Mobile, Alabama, Green was taught the piano as a child by his mother, learning jazz and popular tunes from the beginning. He picked up the trombone, which both older brothers played, when he was about 12. Although he listened to such trombone greats as Tommy Dorsey, J. C. Higginbotham, Jack Jenney, Jack Teagarden and Trummy Young, he has said that he was more influenced by the styles of Dizzy Gillespie, Charlie Parker, and Lester Young. Urbie’s trombone style was also influenced by vocalists such as Perry Como, and the vocal style of Louis Armstrong.

Green’s father died when he was 15 and Urbie went straight into professional music, first joining the Tommy Reynolds Band in California before moving on to stints with Bob Strong, Jan Savitt, and Frankie Carle. Green also played with The Auburn Knights Orchestra, a college big band based in Auburn, Alabama while attending Auburn High School.

In 1947, Green joined Gene Krupa’s band and quickly moved up to Woody Herman’s third “Thundering Herd” Big Band in 1950 to play with his brother, Jack. His soaring ballad style was featured on such solos as Hoagy Carmichael’s “Skylark,” and provided a contrast to Herman’s previous First Herd rough-and-ready trombone star, Bill Harris (musician). In 1953 he moved to New York City, quickly establishing himself as the premier trombonist in the booming recording industry and in 1954 he was voted the “New Star” trombonist in the International Critics Poll from Down Beat magazine. His style was not as blues-influenced as others, in that he was among the few players who commanded the high tessitura favored by Glenn Miller, Tommy Dorsey, and Jack Jenney with an agility that was not shown by these previous trombonists in their recordings. Some of his solos provided the highlights on one-hit wonder albums from Verve Records, such as that of organist Walter Wanderly, as well as established artists like Herbie Mann.

He was voted “Most Valuable Player” several times by the National Academy of Recording Arts and Sciences.[citation needed] He recorded with virtually all of the major jazz musicians of the 1950s and 1960s and led his own groups while also joining tours as a featured performer, including a three-month tour leading the Benny Goodman Orchestra and fronting the Tommy Dorsey orchestra after Dorsey’s death in 1956.

He collaborated with innovative producer Enoch Light for the Command and Project 3 labels, producing what are probably his most notable recordings, such as the two-volume sets The Persuasive Trombone of Urbie Green and 21 Trombones.

In the 1970s Green began making innovations with his instrument. He designed a signature mouthpiece for Jet Tone and collaborated with Martin Brass on practical improvements to trombone design, including modifications of the hand brace and slide, water valve, and finish. Urbie also began experimenting with the “Green Monster”, a King trombone using a King Vox Amp pickup in the mouthpiece connected to an octave doubler and reverb unit. Some of his best recordings of the 70s were with Enoch Light and the Light Brigade, Dick Hyman, Maynard Ferguson and Doc Severinsen. After the very productive Enoch Light years, Green’s style changed slightly. His recordings under the CTI label contained much more music by Urbie’s band and fewer solos by Urbie.[citation needed]

The 1980s and beyond saw a slowing down of Urbie Green’s recording career. Both albums recorded by him during this period are live, straight jazz works; Just Friends, and Sea Jam Blues.
Personal life

In his personal life, Urbie spent most of his time with his second wife Kathy, a jazz singer, at their home in the Poconos region of Pennsylvania. The couple had two children, Jesse and Casey. Jesse is a jazz pianist, while Casey is a TV / Film Director / Producer in Los Angeles, California. Urbie’s first wife was Darlein Dietz and they had two children, Urban Clifford Green Jr. and James Preston Green. Urban Jr. has a daughter, Gretchen Alexandra Pöelker-Green. James lives in Tallahassee, Florida, and has a son named Vincent.

In 1995 Urbie was elected into the Alabama Jazz Hall of Fame. In his later days, he often was featured at the Delaware Water Gap Celebration of the Arts (COTA) Festival every September, just miles down the road from his home. 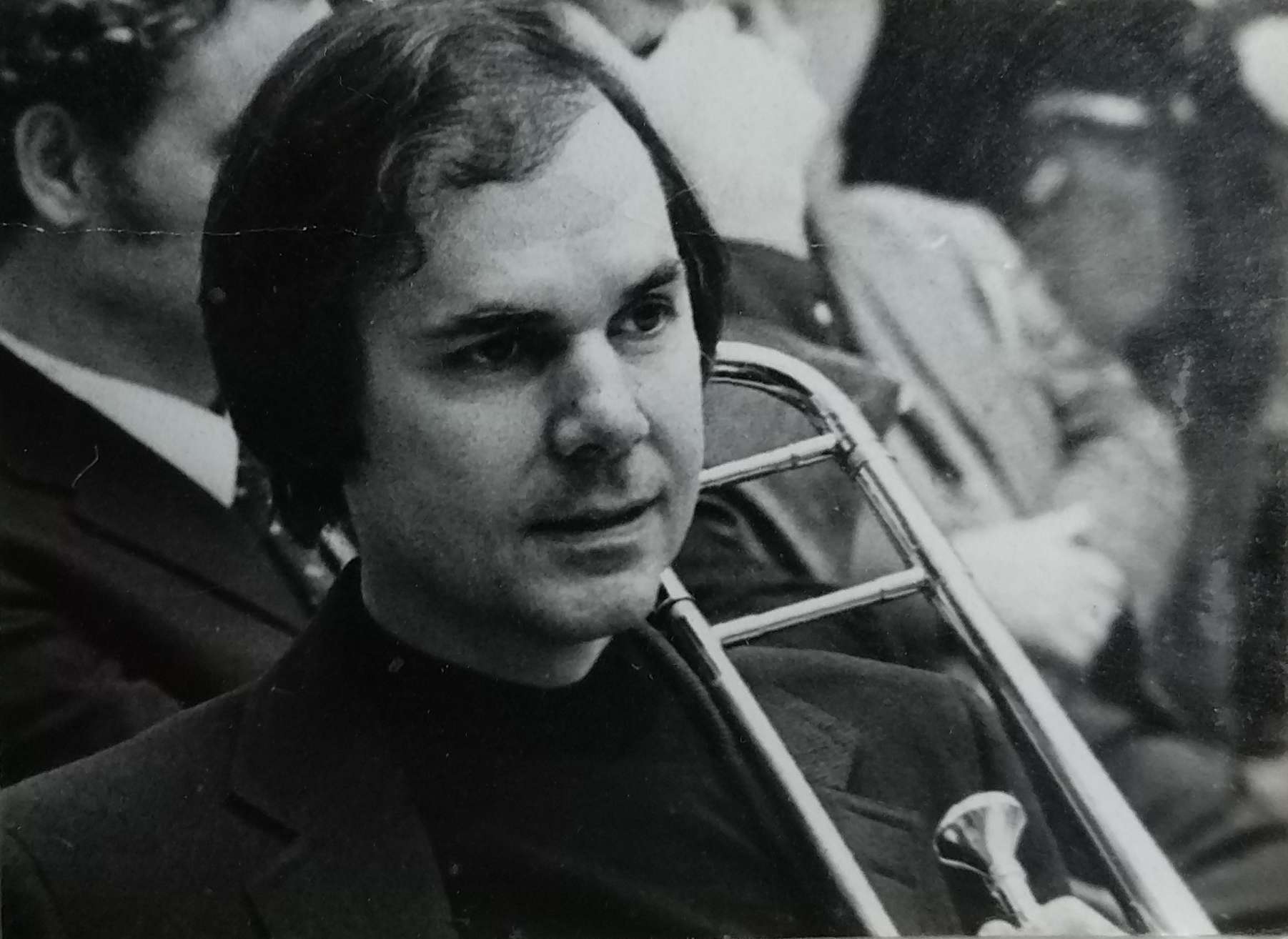 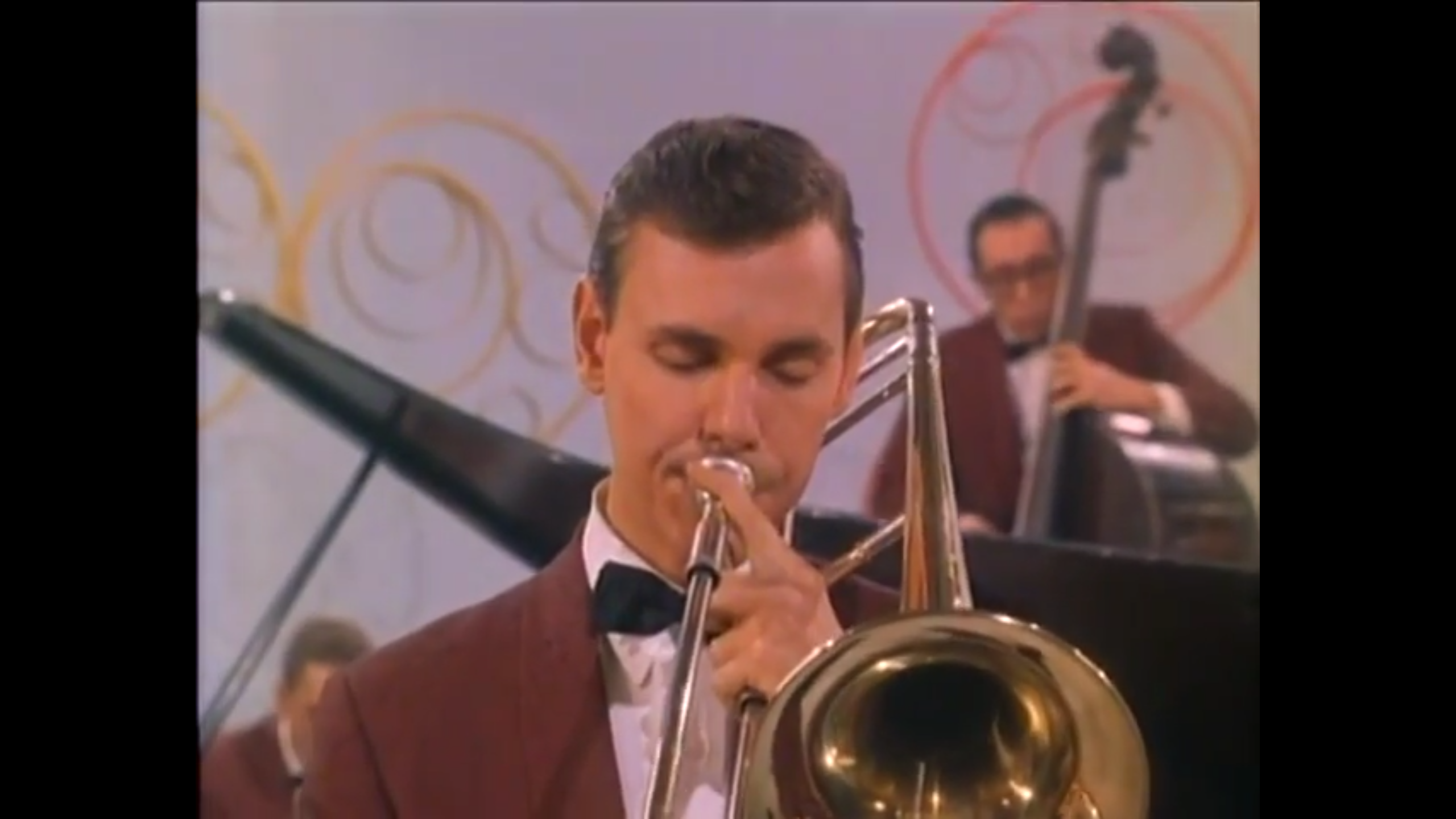 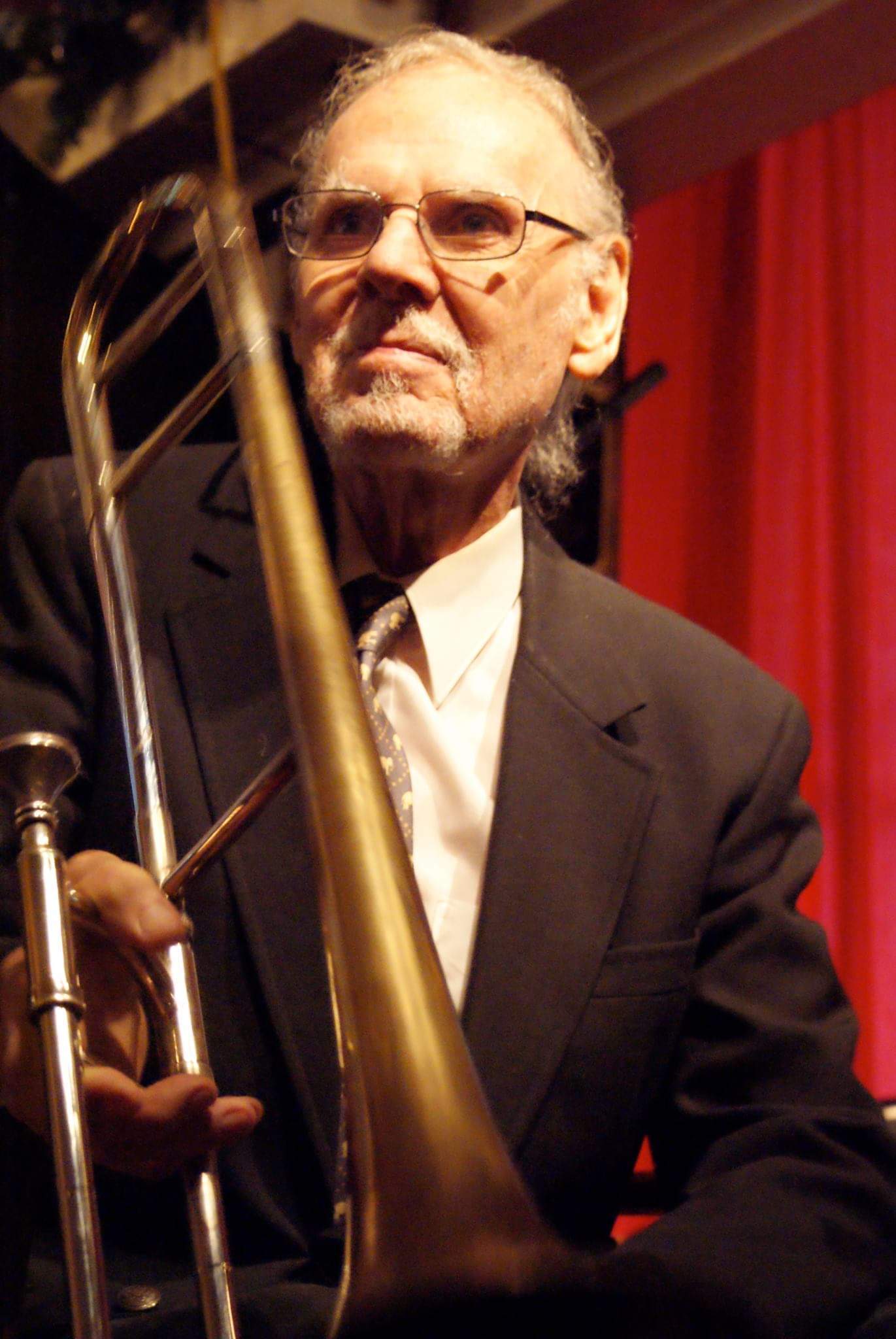 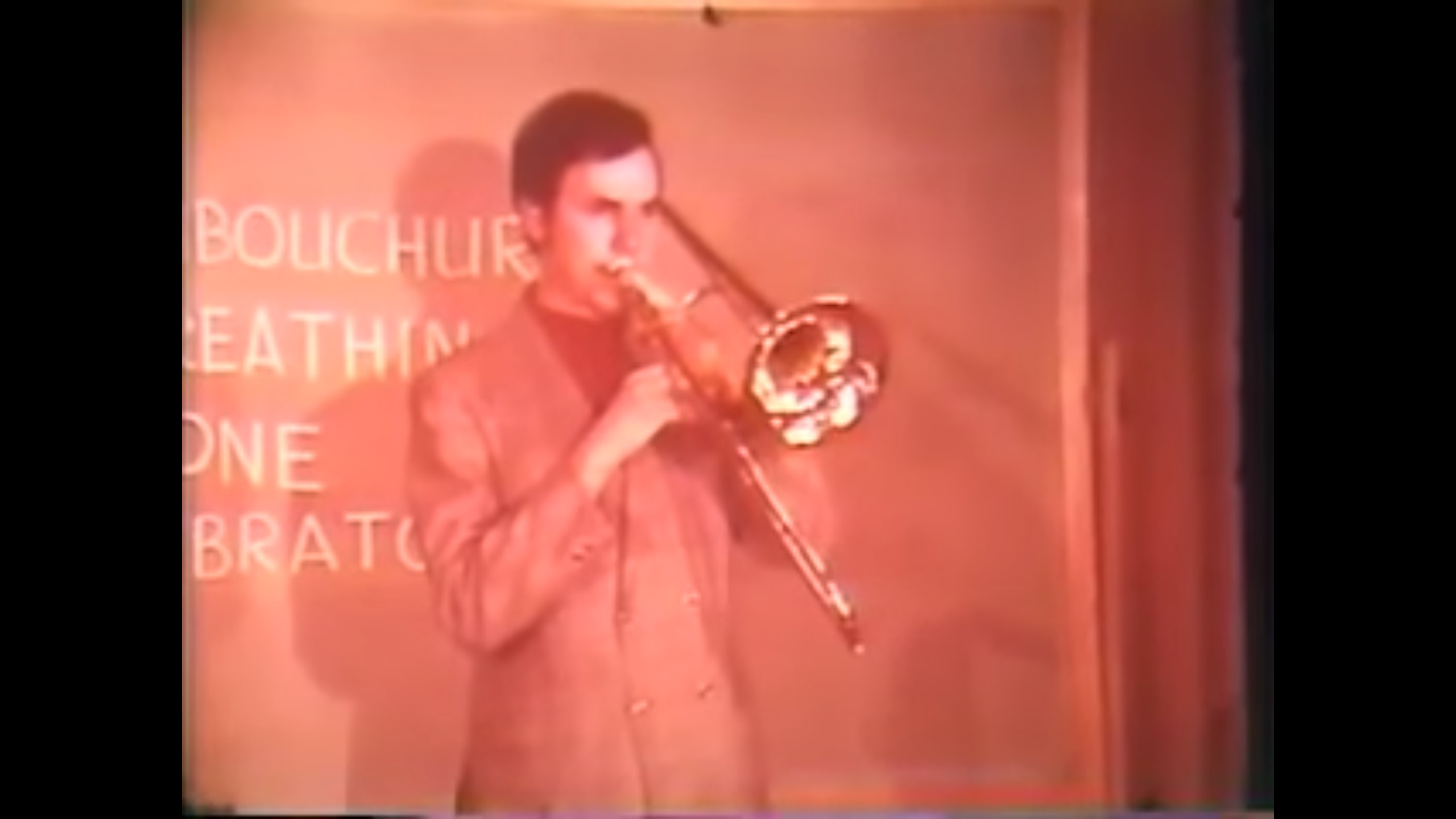 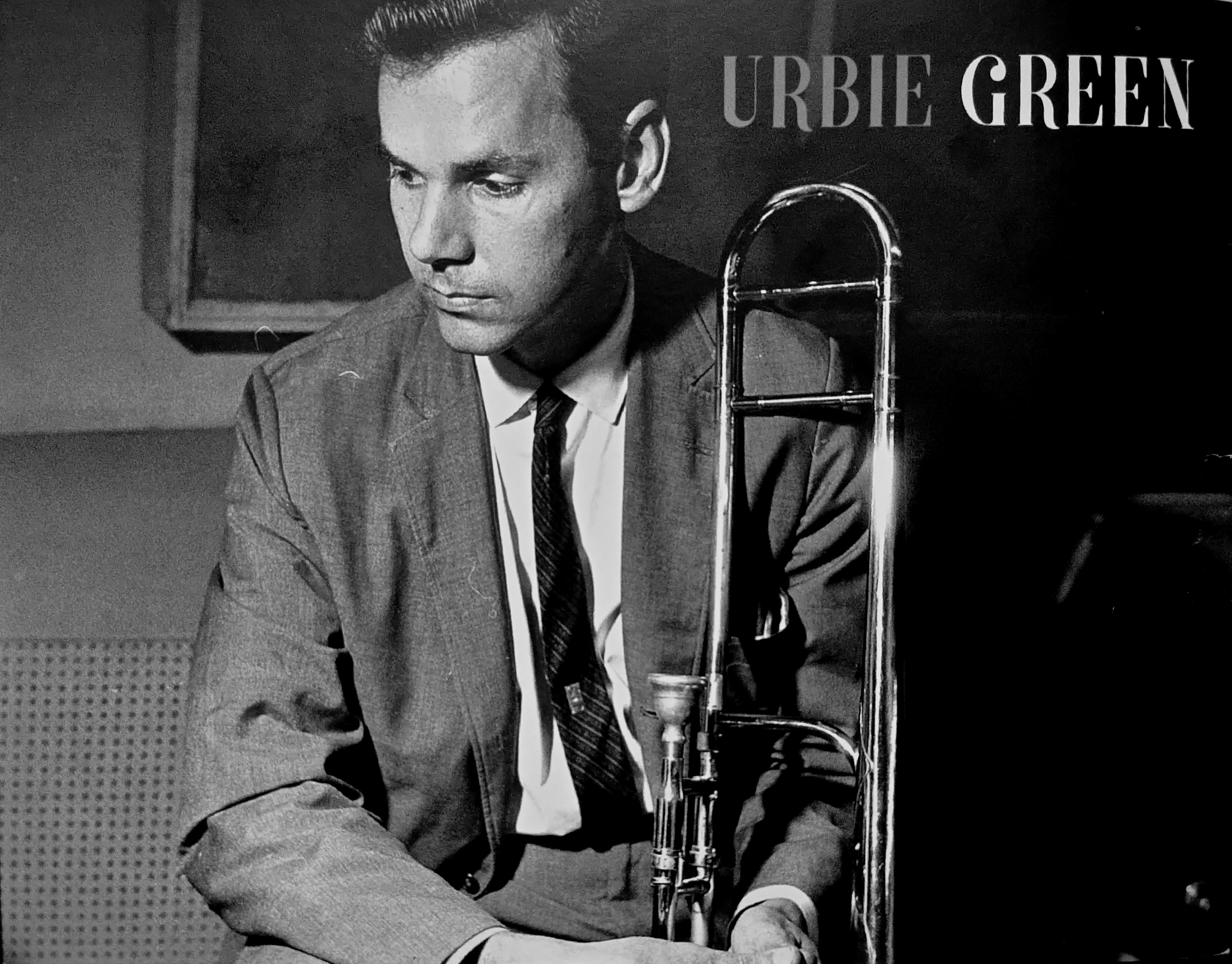 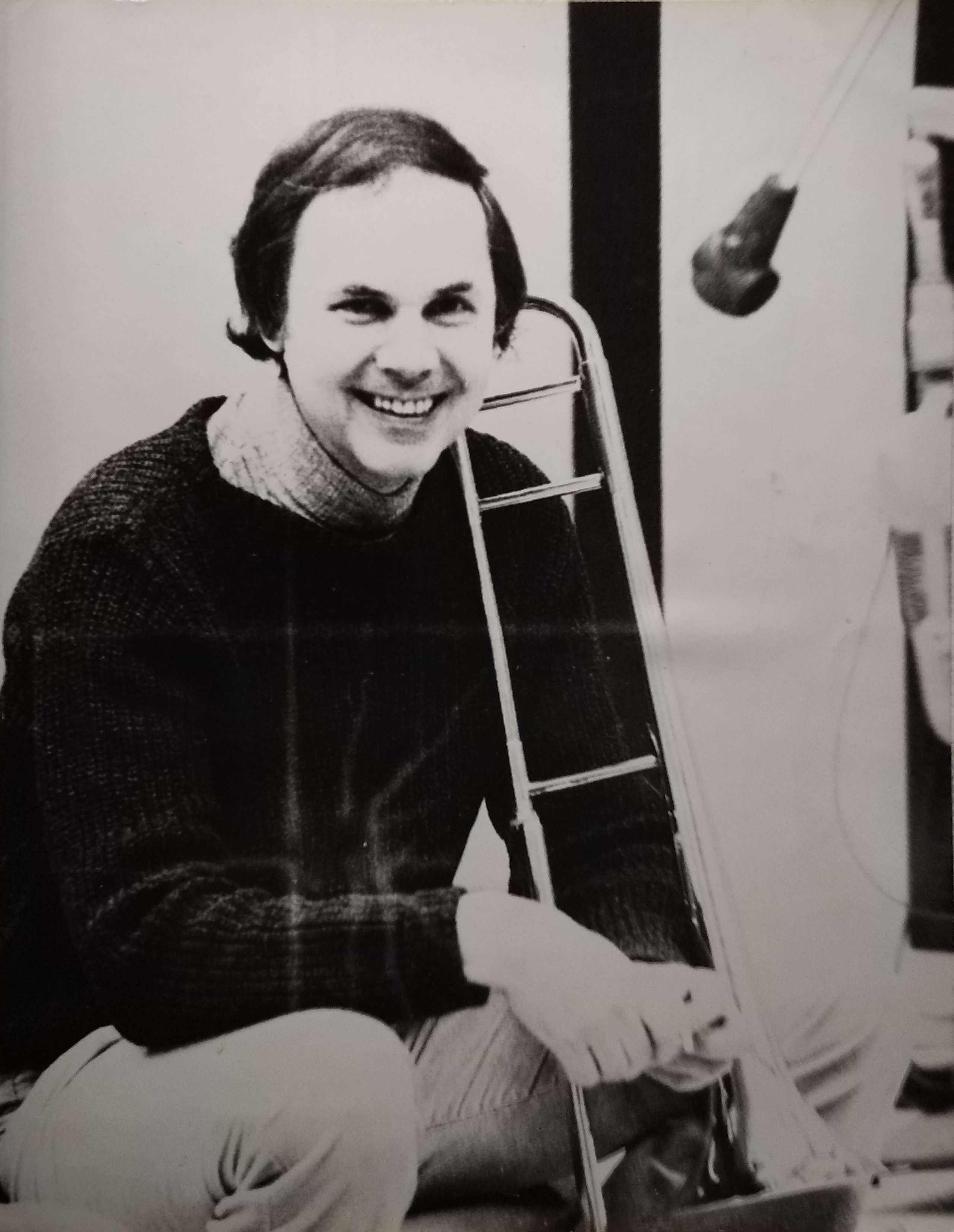 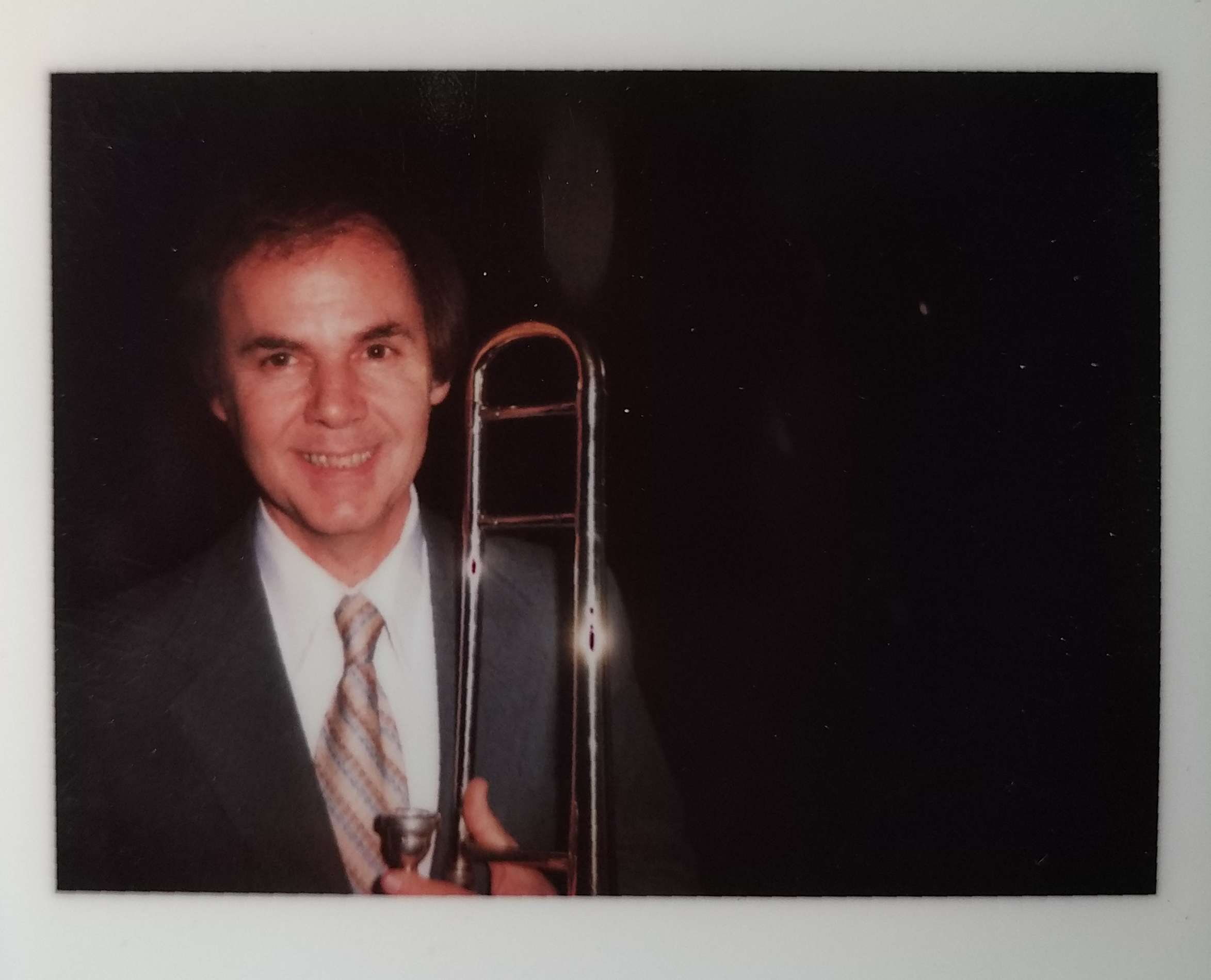 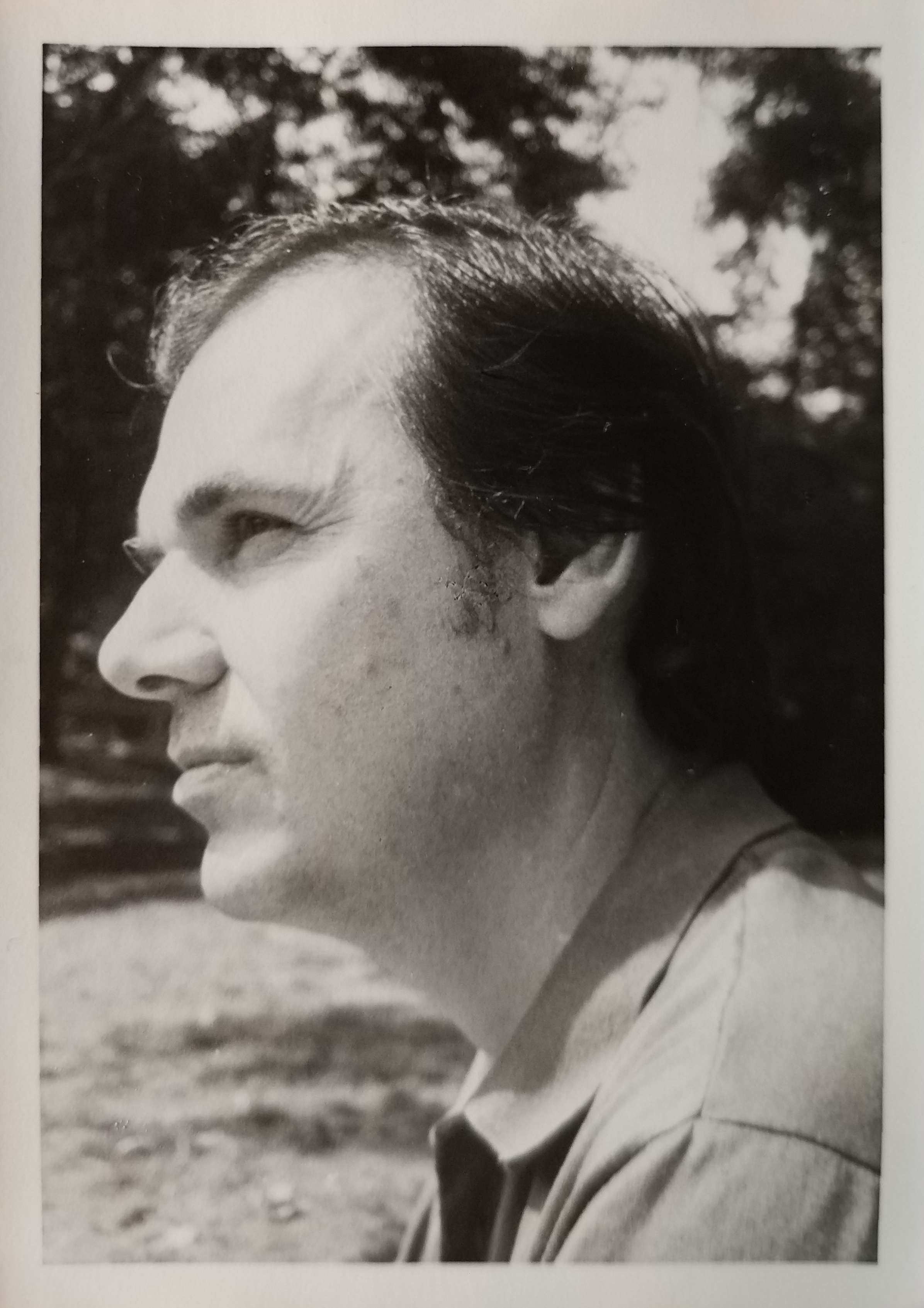 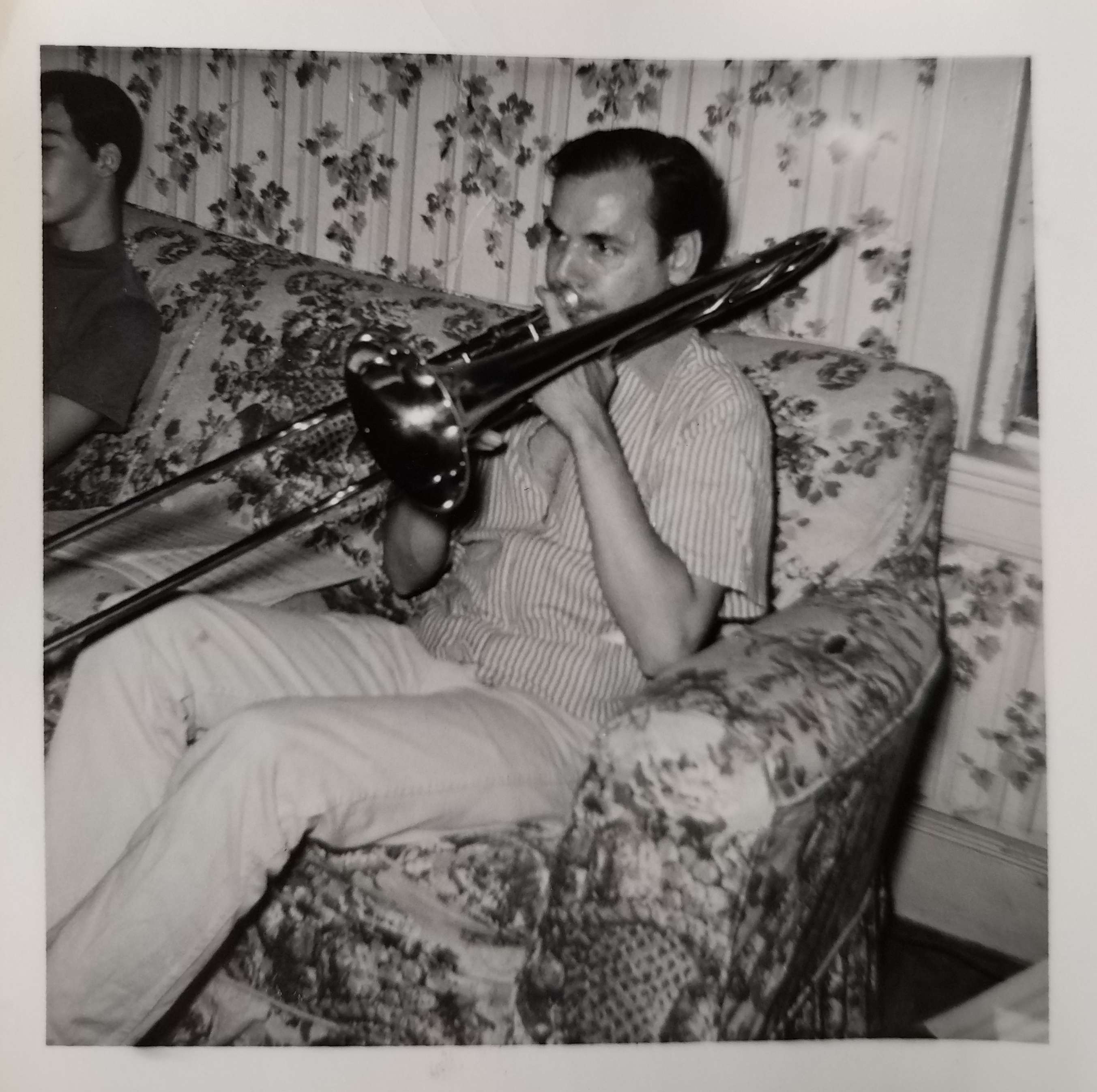 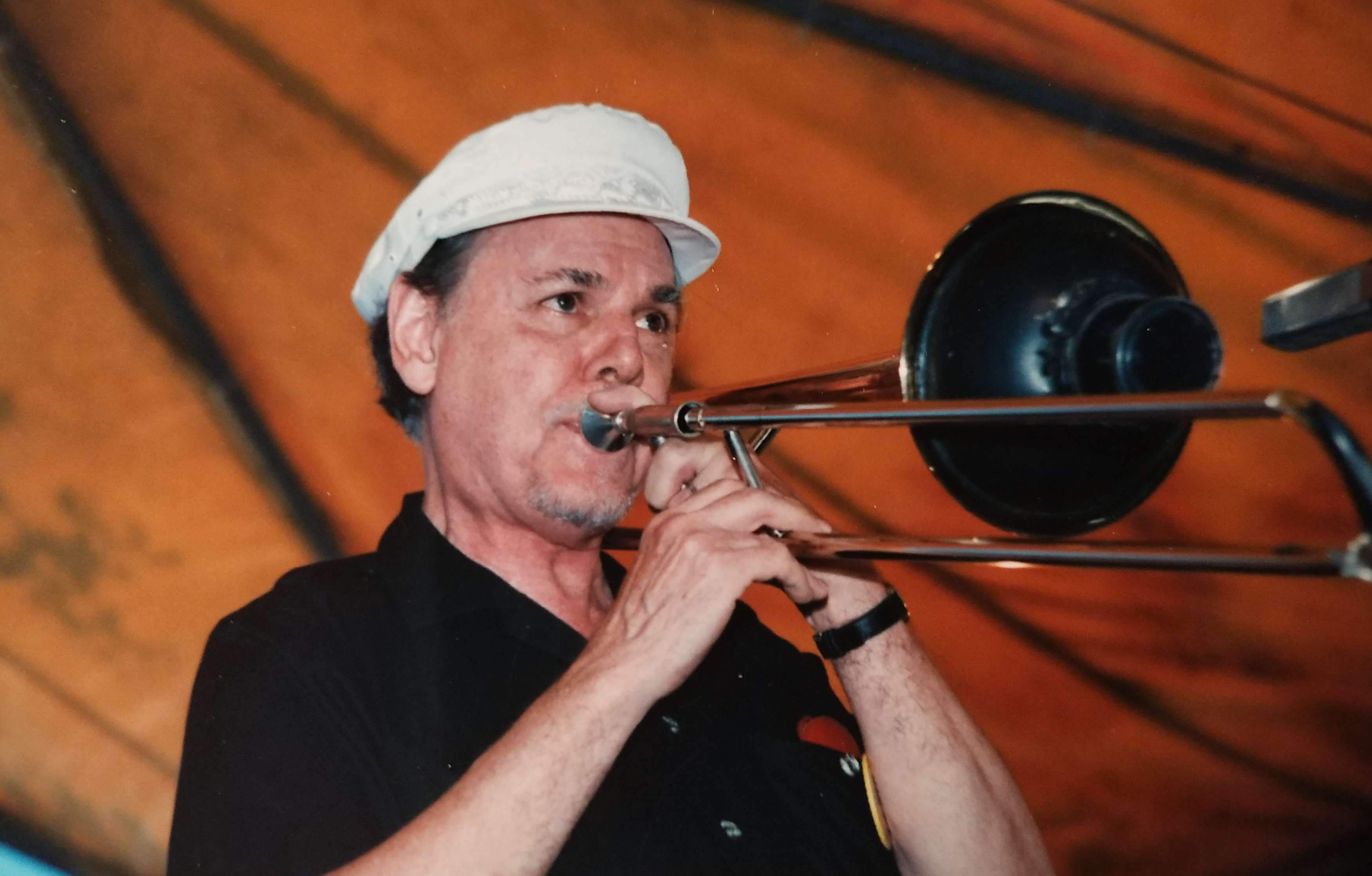 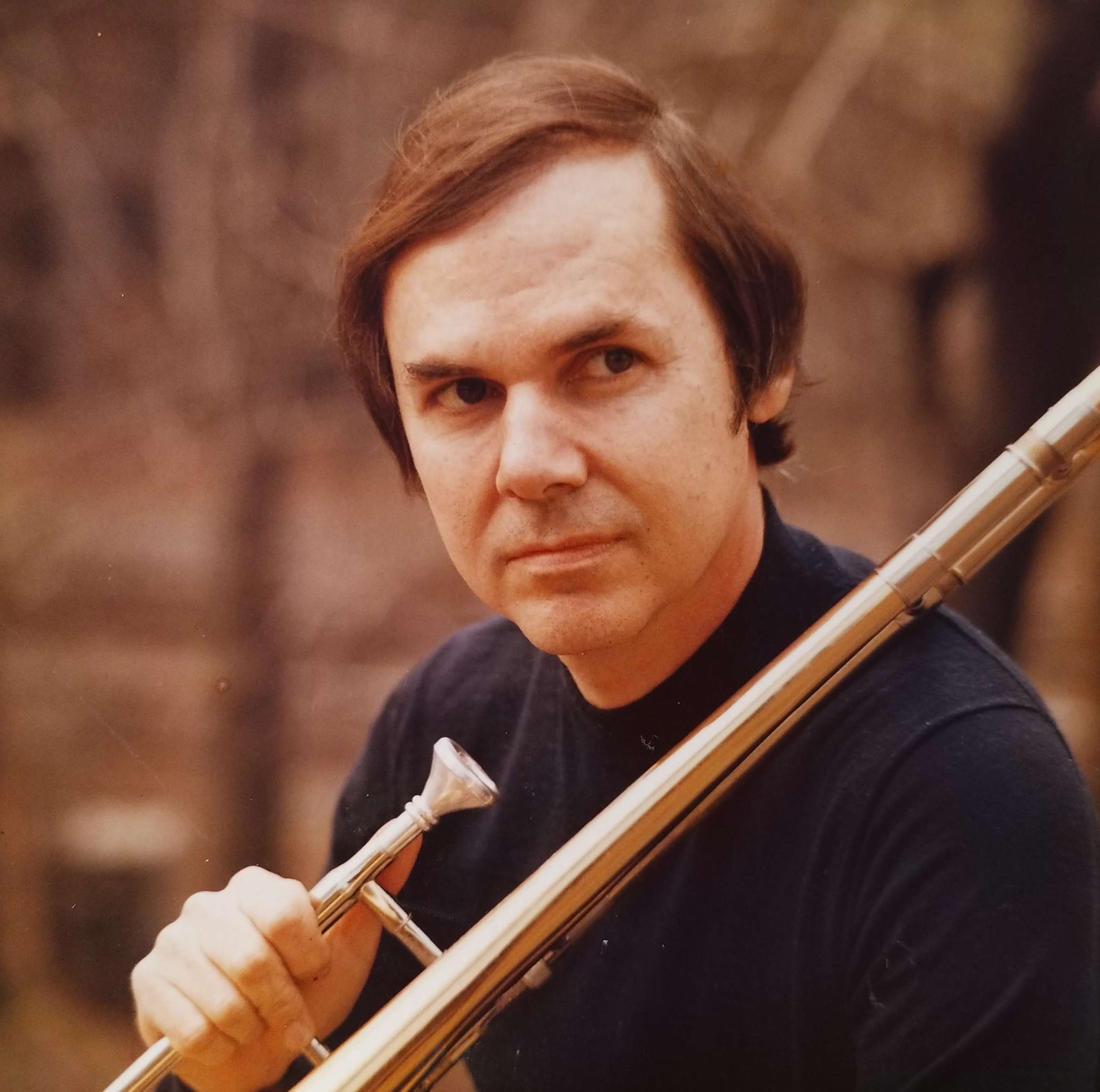 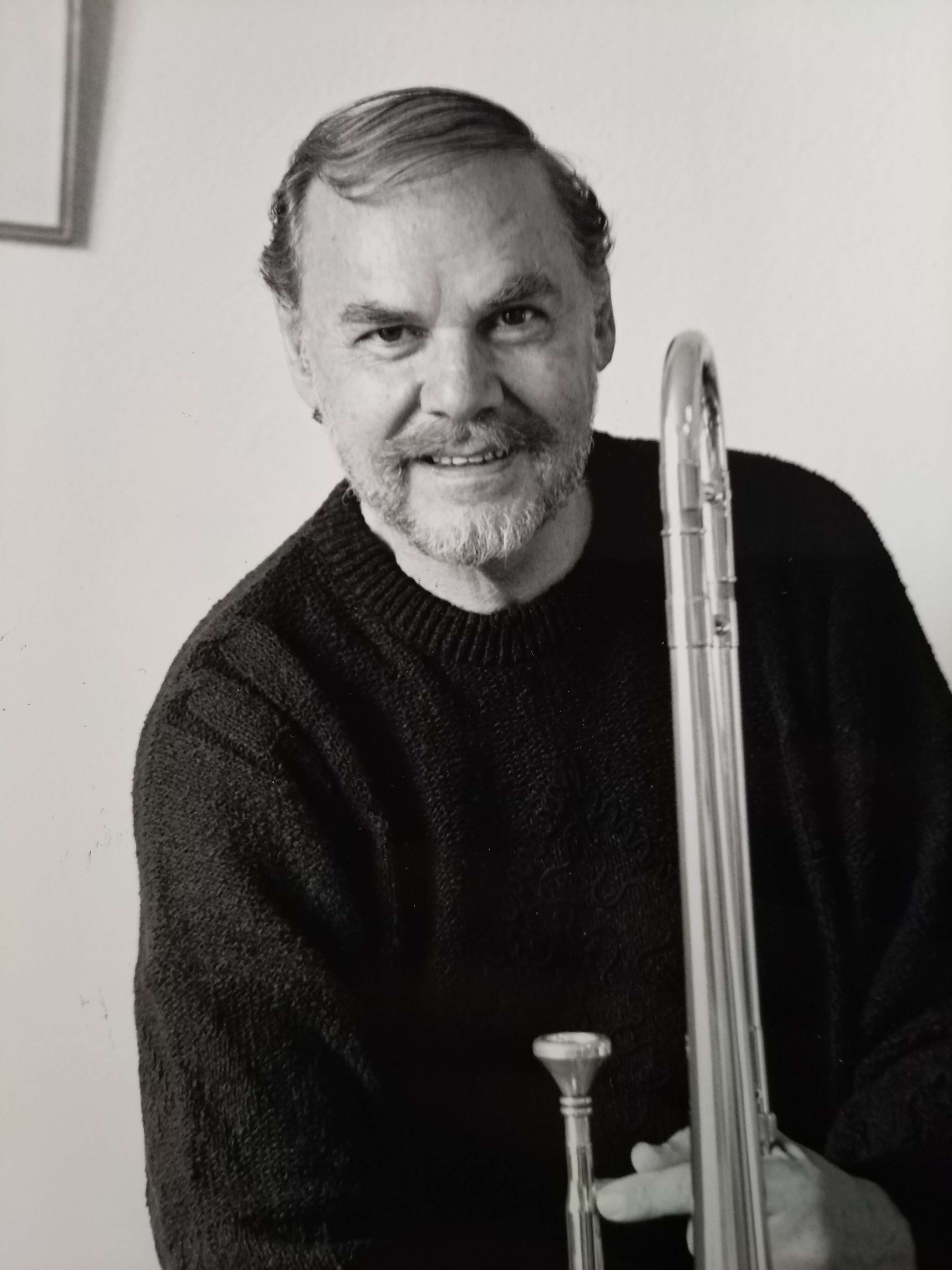